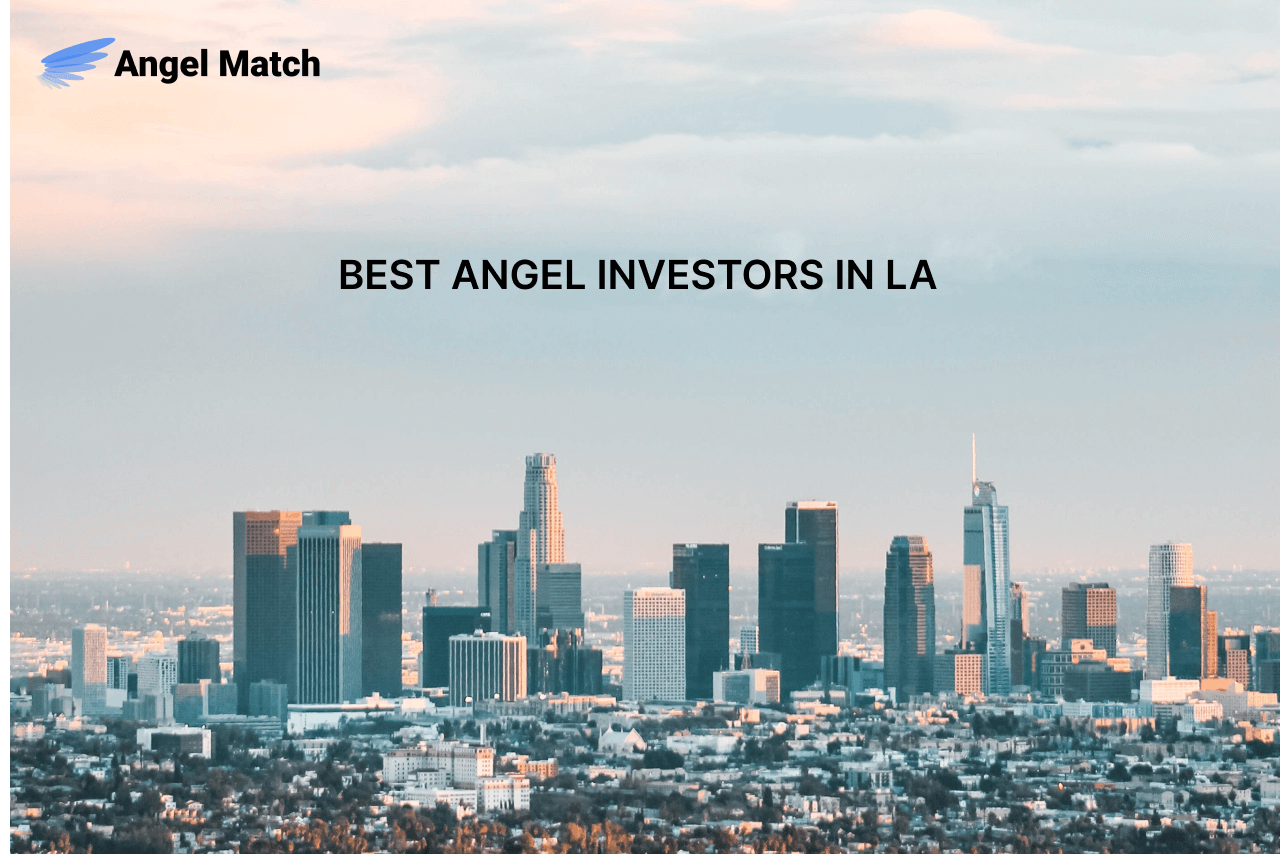 Los Angeles is one of the largest cities in the United States. With its West Coast location, it's a popular spot for tourists, city-goers, and people looking to start a family. Still, Los Angeles is also close to Silicon Valley, which is the startup capital of the world – for tech companies at least.


With a population of over two million people, it's no surprise that a lot of money flows through Los Angeles. When it comes to startups, angel investors have invested billions of dollars each year. Furthermore, nearly 4,000 venture-backed firms exist in Los Angeles. Plus, the city has raised over $35 billion for startups over the last decade.


For this reason, connecting with investors in Los Angeles is a great way to fund a startup. Fortunately, we're here to help with a list of the best angel investors in LA.


It's also important to note that many angel investors are affiliated with a venture capital firm.


What's the Best Way to Connect with Angel Investors?

The best way to connect with angel investors is to use a resource like AngelMatch. AngelMatch is an angel investor and venture capitalist database. Therefore, you gain access to a database of investors and you don't have to worry about networking, bootstrapping, or crowdfunding.


Below we list the best angel investors in LA.

J.J. List isn't the most active angel investor in LA but when he invests he makes a splash. List focuses on investing in early-stage startups during the pre-seed and seed rounds of funding. Some companies in his portfolio include Tapcart, Candy Club, Lensabl, and Brainbase. He prefers to invest in early-stage companies because he knows more about them.


Typically, J.J. List prefers to keep his investment amounts on the smaller side. Unlike larger angel groups of venture capital firms, List only invests between $25,000 and $100,000. That said, that's the perfect amount for early-stage startup founders who don't want to give up too much of a stake in the company.


Based on J.J. List's portfolio, he prefers to invest in a few industries. The most common industry he invests in is e-commerce but List also focuses on technology and food service companies. J.J. List is also independent of angel groups or venture capital firms, so you can work with him faster and more easily than some other angel investors in LA.

Social Justice Partners LA is one of the most unique angel groups in the United States. The LA-based group has a dedication to helping minority-owned startups succeed. While the group invests money into startups that will be successful, they also take this a step further.


While the group is great for minority founders in LA, it's not the best choice for other founders. The group does favor minorities, so people who aren't part of a minority group have a better chance of getting funding elsewhere. Still, Social Justice Partners LA are great at what they do and invests in many great companies.


Rascoff also makes a lot of deals; many more than other angel investors in LA. In fact, in one year he made more than 20 angel investment deals in LA. Plus, he expands around the country, so his work is not limited to Los Angeles. For LA startups, he's easy to work with because he's not with a larger angel group.


Rascoff is also a great choice for new startup founders. Because he's also been a part of a startup company, he understands what many founders go through when they create a company. Therefore, Rascoff is also able to provide you with mentorship and other types of startup insight.

Baroda Ventures is a small venture capital firm that operates in Los Angeles. While it's not an angel investor group, it makes the list because of the firm's investment policies. Instead of investing large sums of money into middle-stage or late-stage startups, the firm focuses on the early rounds of funding. Ultimately, Baroda Ventures prefers to invest during the seed rounds of funding.


Baroda Ventures may not invest as much as some other angel groups but the portfolio is diverse. The company invests in SaaS, sales, e-commerce, mobile technology, blockchain technology, and more. Some notable companies the group invests in include companies like HelloTech, ID90 Travel, and more.


Many of the team members from Baroda Ventures, like David Bohnett, also invest their personal money. So, if the firm doesn't agree to invest in your startup one of the founders or managers may. The best way to contact this firm is to find them through an angel investor database or to contact them directly.

The Pasadena Angels are one of California's most notable angel investor groups. This group of investors loves to connect with startup founders and invest in their companies. The group has many members and a strong board of directors as well as great portfolio managers.

In Los Angeles, connecting with investors is challenging. It's a massive and sprawling city, so knowing where to start is often overwhelming. The good news is that AngelMatch does the hard work for you.


Instead of taking the time to build a network, you can save time and gain access to one of the best investor databases with AngelMatch. So, don't let funding hold you back, and try AngelMatch today to connect with investors in your area.