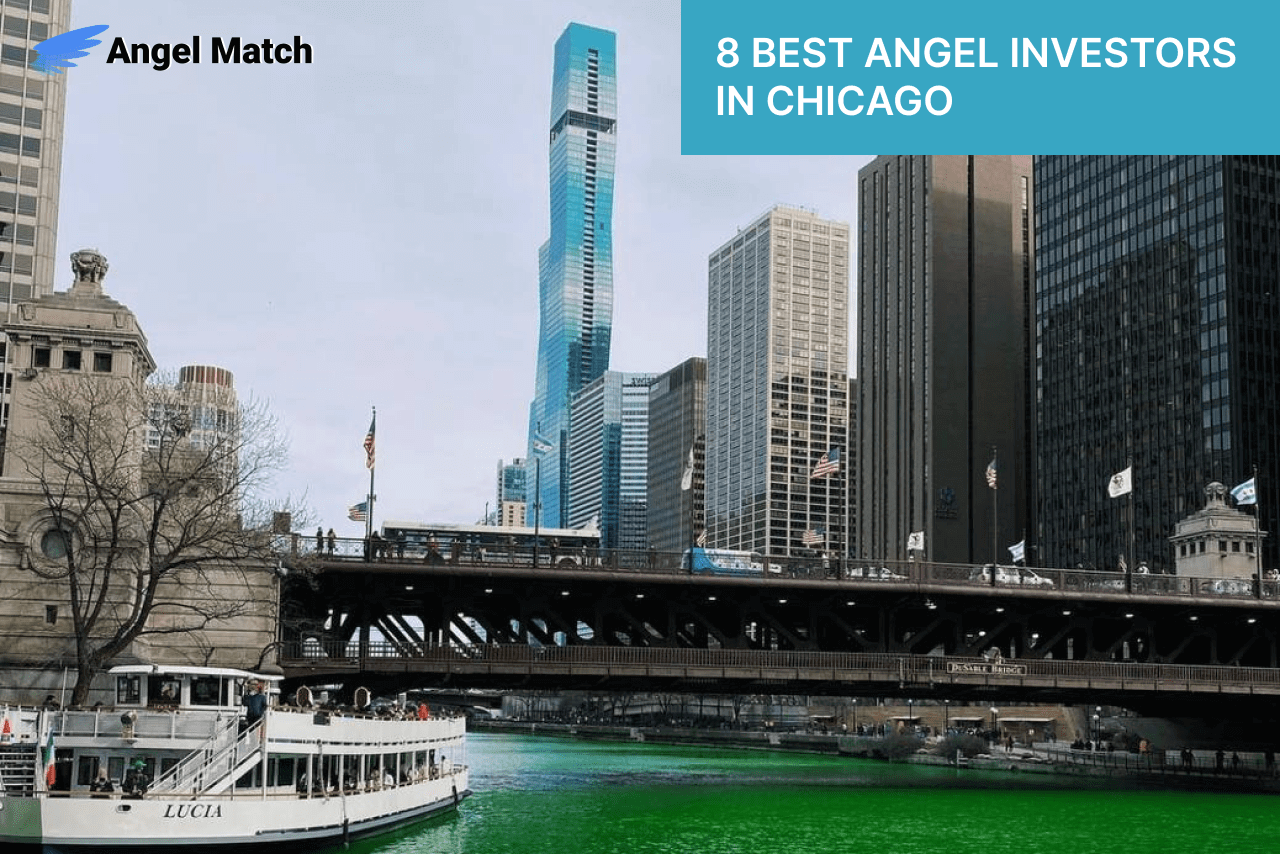 
Furthermore, Chicago is the Midwest’s primary hub for innovation and reaches historic numbers for venture capital fundraising each year. With large firms like LongJump and TechRise, it’s no surprise that Chicago is among the best places to create a startup in the United States.

The 8 Best Angel Investors in Chicago

Founded in 2012, the Chicago Arch Angels are one of the fastest-growing angel groups in Chicago. The group invests more than half a million annually and prefers to invest between $500,000 and $5 million. Chicago Arch Angels typically invest in healthcare, fintech, financial services, logistics, and sometimes green technology.


While the Chicago Arch Angels function as a group, the group consists of many individual angel investors. These investors meet monthly to agree on startups to invest in. Funding is typically granted to pre-seed round startups and seed-round startups.


The Chicago Arch Angels also invest in some notable companies like PopWallet and PageVault.


While the Cornerstone Angels don’t have specific industries they prefer to invest in, the group frequently invests in fintech, healthcare, education, and software. Some more well-known investments include Amyris and Eat Street.

The Heartland Angels are another group that invests in startups in Chicago. Founded in 2003, the group helps startups in a few ways.


First and foremost, the company invests in seed-stage startups to gain convertible equity in the company. In some cases, the Heartland Angels gain a majority stake in the startup. Another way that this group helps investors is by investing in intellectual property. This includes software, working spaces, and mentorship programs.


Typically, the Heartland Angels invest between $250,000 and $3 million in startup companies. Ultimately, the group’s goal is to help companies expand through innovation and education. The group is known for investing in the food and pharmaceutical industry.

The Hyde Park Angels (HPA) was formed in Chicago. It’s been around since 2007 and Chicago startups are a priority for the angel group.


HPA commonly invests in food-based startups. However, the group prefers to invest in food services companies, so not many restaurants. The Hyde Park Angels do have a diverse portfolio and have holdings in many green technology companies.


When it comes to money, the Hyde Park Angels are some of the best angel investors in Chicago. The group invests anywhere between $1 million and $2 million. Over the last decade, the group has invested in more than 50 startups.


MD Angels only invest in the medical industry, which does restrict who gets funding. However, support from MD Angels is worth it because the group invests between $1 million and $30 million in startup companies. Some firms in the group’s portfolio include Moving Analytics and Packback.


MD Angels also co-invests with other angels like Band of Angels. For startups in the medical industry that need large amounts of funding, this is another perk of working with MD Angels.


Depending on the project, Chicago Media Angels invests between $1,000 and $1 million.

The West Suburban Angels is a collective of angel investors. It has several of the best angel investors in Chicago and strives to offer the most value. Many angels in the group like to invest in education and the group frequently partners with the Naperville Public Library and hub88.


The West Suburban Angels were founded in 2010 and invests between $1,000 and $500,000 in startups. In fact, the group has invested over $2 million in less than a decade. This angel group also invests in therapy companies and medical startups.


What sets this group apart from the other best angel investors in Chicago is how the group invests. Instead of only investing money, the West Suburban Angels also invest in mentorship and adding valuable employees to startups.

Irish Angels is an investment group that was founded in 2012. The angel group is affiliated with Notre Dame and headquartered in Chicago, Illinois. Overall, the goal of the Irish Angels is to invest in both people and startups; the mission is to help people and companies grow into a thriving community. Core values of the group include commitment, diversity, integrity, service, and transparency.


Irish Angels is also a big angel group. The group invests up to $5 million in startups and over the last decade, the group has invested $50 million across 65 companies. Moreover, the Irish Angels have more than 270 active investors who commit to investing at least 10,000 annually.


What’s the Most Popular Startup Industry in Chicago?

In Chicago, the most popular startup industries are fintech, healthcare, and logistics. These companies received the most funding from angel investors and venture capital firms in 2020 and 2021. In fact, Glenn Tullman (partner at 7WireVenutes) helped a remote healthcare company sell for $38 billion.


How Do You Connect with Investors in Chicago?

One of the best ways to connect with investors in Chicago is to attend the Venture Summit. The Venture Summit is a conference that hosts some of the biggest names in the venture capital industry like Discovery Partners Institute and Techstars Chicago.


That said, networking is often challenging and you’re not guaranteed to get the startup funding you need at the summit. Therefore, one of the best methods to find investors in Chicago is to use AngelMatch’s vast database. It contains thousands of angel investors and several hundred who live in Chicago.


Connect with the Best Angel Investors in Chicago Today

There are many angel investors in Chicago and AngelMatch has everything you need to connect with them. When you work with AngelMatch, you’re connected to a database of thousands of potential angel investors. Overall, we remove the hardest part of connecting with investors, which is networking.