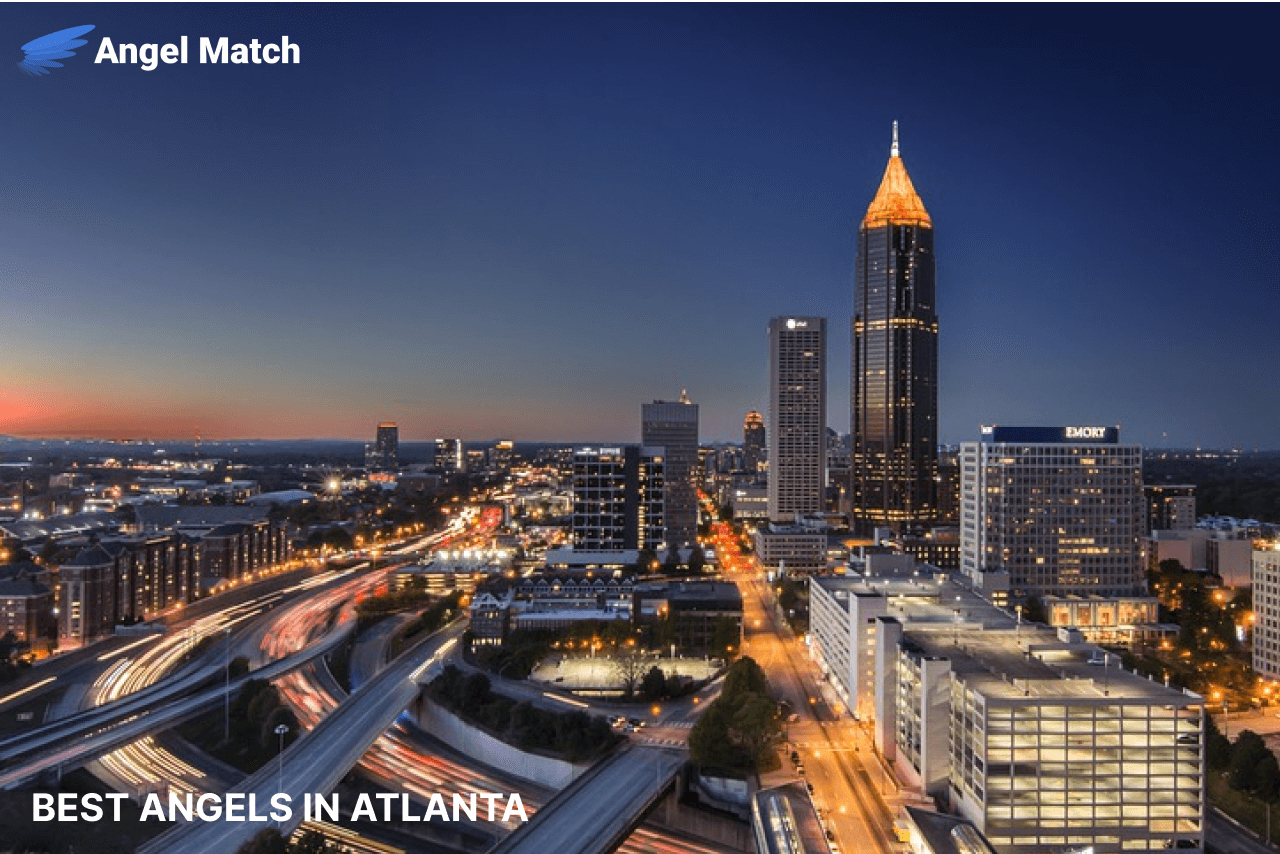 
Atlanta has become a hub for startups in the Southern United States region because of its low cost of living and population size. For this reason, some of the best angel investors come from Atlanta.


Read on to learn more about the best angel investors in Atlanta and how to connect with them.


How Much Do Angel Investors Invest in Atlanta?

Angel investors invest between $1 and $250,000 in Atlanta on average. The amount depends on the stage of the startup and how much money the startup needs. For example, angel investors typically won't invest more than six figures until the startup is out of the pre-seed round of funding.


Who are the Best Angel Investors in Atlanta?


We list the top five angel investors in Atlanta below.

Atlanta Technology Angels is the largest angel group dedicated to Atlanta. The group invests in several Atlanta-based companies but also expands into companies located outside of Atlanta. The group is made up of several high-profile angel investors who love to invest in new entrepreneurs and their projects.


The Atlanta Technology Angels also offer more than financial investments to startup founders. Many angels within the group care about the success of startups, so you'll encounter mentorship opportunities and education potential. In fact, some angels in the group will invest enough to become members of the board. Still, the Atlanta Technology Angels prefer to invest during the seed round of funding and sometimes the early Series A and Series B rounds of funding.

Atlanta Ventures invests in startup companies and also co-founds them. In fact, many of the group's investments are more geared towards part ownership. This is perfect for founders who want to take a step back from the startup as it begins to grow during the seed round of funding and Series A round of funding. Keep in mind that Atlanta Ventures will also make smaller investments when possible if the situation calls for it.


Atlanta Ventures is also one of the more well-rounded angel groups in Atlanta. We say well-rounded because it's a large firm of dedicated angels and operates more like a venture capital firm. So, while the group will offer more than $250,000 on some startup projects, securing the funding takes longer than other angel investor groups.


Many of the members of the Atlanta Ventures organization are also renowned investors. For example, the founders worked on startups like Pardot and took them to the next level. After members like Hannon Hill earned numerous awards, eventually the firm was born. Keep in mind that people like Hannon Hill will also invest their personal money if a startup is promising during the pre-seed round of funding.

Angel Investor Club Georgia is a group of angel investors dedicated to helping startups in cities like Atlanta. While the group primarily serves Atlanta, other cities are also serviced by the angel group. The ultimate focus of this group is to help people connect with the right angel investors in Atlanta, Georgia.


As an angel investor group in Georgia, the Angel Investor Club invests between $30,000 and $200,000 in startups. The group prefers to focus on the technology industry but does dabble in the e-commerce industry as well. Still, it's a large angel group and network, so finding funding for your startup with this Atlanta group isn't challenging.


It's also important to note that this angel investor group in Georgia is flexible when it comes to the funding rounds. While the group prefers early-stage startups, it's not uncommon for this Atlanta-based angel investor group to invest in the Series A, Series B, and even Series C rounds of funding. Ultimately, it depends on the startup and most of their contributions do come during the pre-seed and seed rounds of funding.


Some notable programs include Leap, Boost, and Startup Engine. These are programs that help with different stages of a startup's development. The Leap program, for example, is a 4-week program that gives founders access to a network of information and market data. Then, founders can participate in the Startup Engine program to get help from other founders to expand the startup.


While the angel group does lead with mentorship and education, that's not all that's offered. In the right situations, this angel group in Atlanta will invest a substantial amount in startup companies. Some examples include investments between $25,000 and $100,000. The group prefers to invest in the technology and e-commerce industries.

Kathryn Finney has been an angel investor since she began her first company. Her primary startup success is the Genius Guild. The Genius Guild is a fund that contains more than $20 million in assets. It's a fund that focuses on raising money for black businessmen and women.


While the Genius Guild is one of her largest successes, it doesn't stop there. Finney is known for investing large sums of her personal money into startups. It depends on what she's looking for but she's open to investing in almost any niche. Finney is also an author and researcher who attended both Yale University and Rutgers University.


Finney is also an accomplished woman in other ways. Media outlets like Forbes and USA Today consider Finney to be one of the most important women around and she's won several awards because of it. Some awards include the Lena Walker Award and the Rising Star Award.


Her fund helps black members of black communities start and manage companies. So, she's focused more on investing in the founders than the company, which opens her up to almost any industry.


How Do You Connect with Investors?

Connecting with investors is simple when you know where to look. In the past, it was necessary to have a network and a list of people. Fortunately, there are many ways to connect with investors in the modern world.


We list these methods for connecting with investors below.

While all of these methods will help you connect with investors, angel investor and venture capital databases work the best.


What's the Best Way to Connect with Investors?

The best way to connect with investors is to use a venture capital or angel investor database. There are many options to choose from but AngelMatch has the most comprehensive database. With AngelMatch, you gain access to a database that compiles data from around the world. Therefore, you'll find the best angel investors in the world, not just in Atlanta.

Connecting with investors has never been easier. Platforms like LinkedIn and Facebook make it easy to build a network and communicate with others. Plus, networking in person is often fun and easy.


That said, it's not always easy to build a network. Moreover, it's time-consuming. For this reason, we always recommend using AngelMatch's vast database to connect with investors.


You'll gain access to thousands of the best angel investors in Atlanta and around the world. So, give AngelMatch a try today, and let us help you get the funding you need.