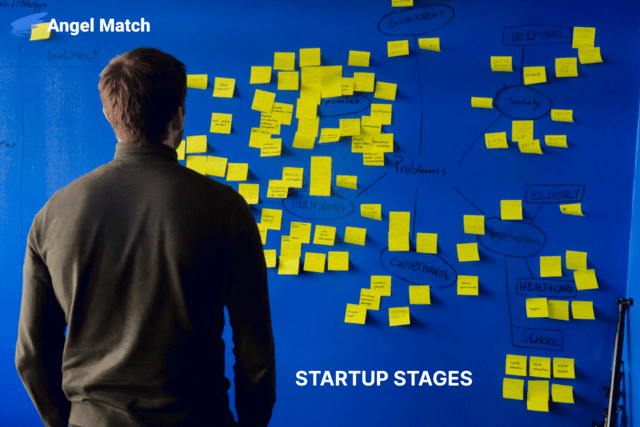 Startups are new companies that entrepreneurs develop to establish an idea or sell a product. The ultimate goal of a startup is to sell the product or create a company that's successful enough to remain profitable. That said, starting a company is easier said than done and almost 95% of all new business ventures fail within the first five years.


With startup companies, there are several startup stages you need to learn about. Learning about these startup stages and how funding works will help you recruit investors and take your startup where you want it to go. With record numbers being recorded for startups over the last few years, there's no time like the present to go all-in on a startup venture.


Read on to learn more about the startup stages below.

What are the Startup Stages?

There are several stages of a startup company. During each stage, the startup is in a different place when it comes to product development, funding, and marketing. We'll take you through each of the stages below.

The pre-seed stage of a startup is one of the earliest phases. It's the time when entrepreneurs begin to develop an idea and action plan to execute the idea. The pre-seed stage is also a time to evaluate the costs and profitability of a startup. For example, entrepreneurs need to ask themselves if the money they invest in the company is worth it. From there, founders also need to have a good enough idea to convince investors to invest.


Ultimately, the pre-seed stage of a startup is when the plan is finalized. There are also situations where angel investors will invest in pre-seed startups to help them get started. However, most of the funding for pre-seed startups occurs through personal investment (bootstrapping) and crowdfunding.

The seed stage of startups is when the ball starts rolling. Startup companies begin to develop a plan that works and make important decisions about the product or service. During the seed stage startups will also raise more money than in the pre-seed stage. In fact, many seed-stage startups focus on acquiring capital through angel investors and venture capitalists.


Startups in the seed stage will also focus on human capital. Therefore, founders will begin to branch out and hire new staff. This includes bookkeepers, accountants, marketers, developers, writers, and many other types of professionals.


Seed-stage startups will also run tests on new products or markets. They'll test whether or not a product or service works and prepare to make adjustments for the later stages based on the results.

The growth stage is when startups begin to sink or swim. It's in this stage of a startup that companies begin to expand into new markets and attempt to sell more products or services. While the growth stage implies growth, it's during the growth stage that many startups fail. This is because most products need to be adjusted to reach a wider and larger audience.


Another important component during the growth stage is funding. Without the necessary funding, it's challenging for startups to create new products, adjust products, or even meet demand. Therefore, many startups seek venture capital or loans to raise the capital necessary for expansion.

The expansion phase is a startup that's in the process of scaling up. In some circles, this is known as the scaleup stage. In the scaleup stage, startups are more ambitious with their products and marketing to reach a wider market. Furthermore, startups in this stage already have an advanced business model that functions well.


In many cases, the scaleup phase is about consolidation. Startup companies will focus on hiring new employees and professionals to take the startup to the next level. Companies in this stage will also seek out expansion into new countries or international markets.


Keep in mind that startups aren't technically in this phase until their growth is more than 20% (annually). The expansion phase is also a time when larger companies will begin to offer support or financing. Larger companies do so to collaborate or acquire shares within the startup.

The exit phase of a startup is optional. In this phase, startup companies begin to seek buyers. This means that the founders of the company are looking to make a profit by selling the startup instead of sticking with it. Many successful startups will sell for millions or billions of dollars, so this strategy is effective for founders who don't want to continue running the company.


When founders enter the exit phase there are a few ways they go about making their exit. First and foremost, the founders will sell their shares of the company to another company. In this scenario, another company gains ownership of the founder's shares and becomes the majority owner of the startup.


On the other hand, founders may also go public. Going public entails listing the startup as an IPO, which is publicly traded on the stock market. Another way for a startup to change hands is for a company to outright acquire the company directly.


That said, the exit phase is not mandatory. Many founders decide to remain with their startup company, so there is no exit strategy. In these cases, the startup will remain in the growth stage and continue to grow.


How to Connect with Investors

Connecting with investors is essential during every stage of a startup. For this reason, it's a good idea to build an investor email list sooner rather than later. Fortunately, AngelMatch has all of the tools you need to create an investor email list and connect with investors. The investor database consists of more than 90,000 angel investors and venture capitalists and it's easy to narrow down your options when you search by your state, city, or industry.