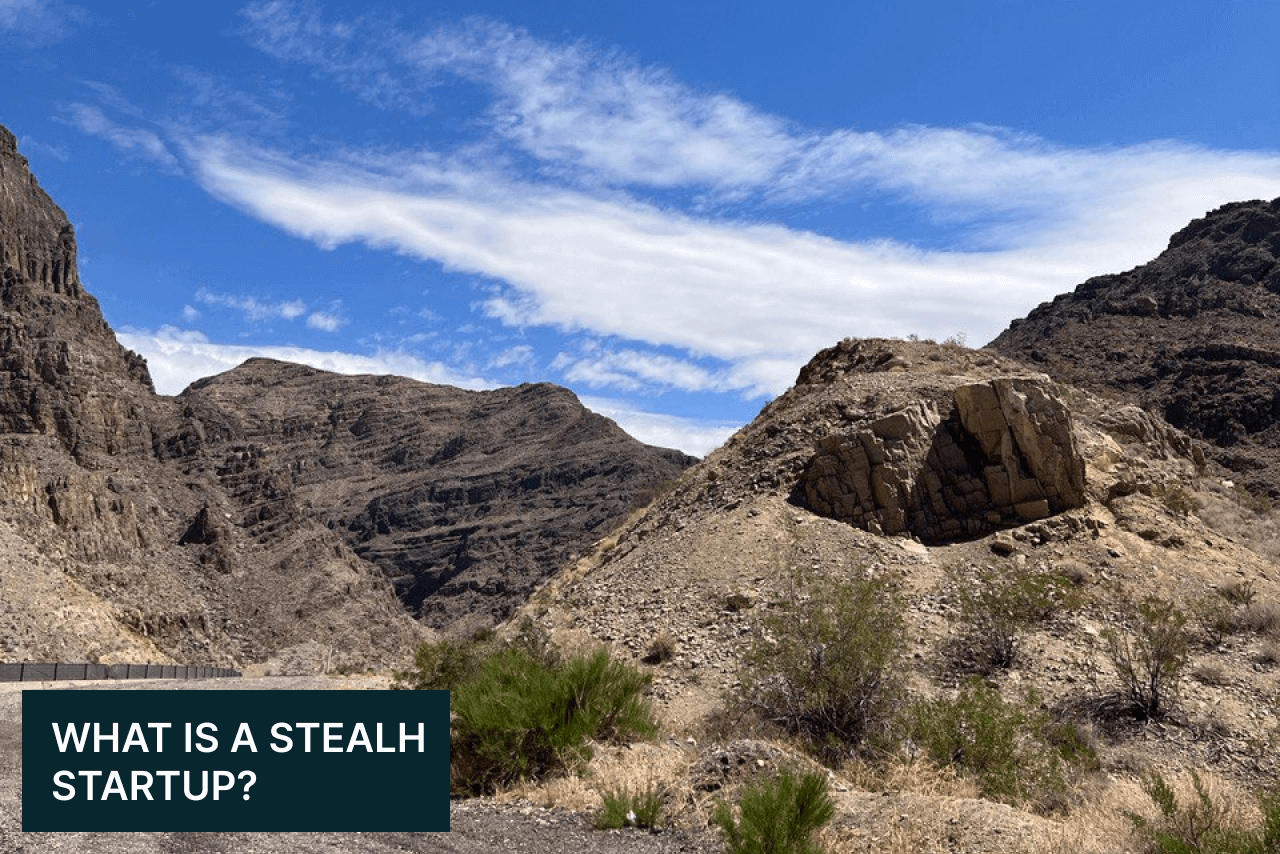 
There are several reasons that companies begin their life as stealth mode startups. Ultimately, it depends on the goal of the company and how the founders feel about the technology. We’re going to take you through what you need to know about stealth startups.


We’ll cover what they are, how they operate, and why some founders choose to go stealth mode.

What is a Stealth Startup?


Startups choose to enter complete stealth mode to grow curiosity in the brand and to keep the competition guessing. Sometimes, stealth mode startups will use false names and products to keep people off their trail.


A great example of an in-company stealth startup is when Microsoft acquires or funds new gaming studios. Microsoft will actively keep these projects a secret to garner interest from the market before releasing the games.


Is a Stealth Startup a Real Company?


How Much Capital Do Stealth Mode Startups Raise?

Stealth startups commonly raise less than startups that operate in the open. This is because stealth startups don’t have access to as many investors. Typically, a stealth mode startup will raise between $10 thousand and $1 million. For stealth startups, funding comes during the pre-seed and seed rounds of funding.


Why do Startups go Stealth Mode?

Startups go stealth mode for a few reasons. Stealth mode provides some unique benefits that many types of entrepreneurs and founders benefit from. Still, the reason companies become stealth-mode startups depends on the founders and their goals.


We list the primary reasons companies go stealth mode below.

One of the most common reasons for startups to go stealth mode is to hide new technology. Innovation moves at a rapid pace and many founders don’t want their ideas reaching the competition before they’re ready. For this reason, many founders choose to hide their new technology until they secure a patent or until it’s perfected.


In most cases, companies that hide their ideas exist in the pharmaceutical and software spaces. Companies in the industrial industry will also become stealth mode startups to prevent competitors from replicating their ideas.

Startups prepare for launches in many ways. This is because there are many factors to consider. Founders need to think about marketing, social media presence, media attention, and consumer interest. To ensure that everything is in order before a product launch, startups enter stealth mode.


When a startup enters stealth mode to prepare for a launch, it gives the founders time to prepare their product. Ultimately, it gives founders leeway to control the public’s reaction and influence the public image. Plus, it prevents things from getting out of hand and ensures that expectations from consumers are met.


Managing expectations is important because it helps prevent a product from falling flat on promises. With a stealth mode startup, founders don’t need to worry about what people think of a product before it launches. Hype often gets out of control, so it’s a great way to manage and control the hype positively.


While it’s common to think that any press is good press, founders have discovered that creating their own press is even better. The last thing a startup need is rumors on Facebook, Twitter, or LinkedIn – especially if expectations can’t be met.

Distractions are another key reason that startups enter stealth mode. Many founders believe that marketing, public relations, and sales are distracting. These aspects of a startup are often distracting because it draws a founder’s attention away from the product.


However, stealth mode startups give founders time to perfect their products before hitting the market. Then, they will worry about the marketing and public relations parts of startups later. Many entrepreneurs who have a background in engineering or software development enter stealth mode to avoid these distractions.


What are the Advantages and Disadvantages of Stealth Startups?

Stealth startups have several advantages and disadvantages. The biggest advantage is that it’s easier to hide no technology and innovations. On the other hand, the most notable drawback is limited funding options.

These are only some of the advantages of stealth startups. Depending on the company, the benefits vary.

Stealth startups also have several disadvantages. These disadvantages are derived from a lack of public interaction, networking, and funding.


We list the disadvantages of stealth mode startups below.

When founding a startup and keeping it in stealth mode, you need to weigh the advantages and disadvantages. While stealth mode works for some companies, it’s not always the best route to take.

Overall, stealth startups are unique new businesses that focus on being private. Many of these startups enter stealth mode to prevent distractions, alter the public image, and hide technology.


Stealth startups are great for some founders but not the right choice for everyone. Founders with limited capital should avoid stealth startups or seek investment help from angel investors. Luckily, AngelMatch helps people connect with thousands of angel investors with its exclusive database.