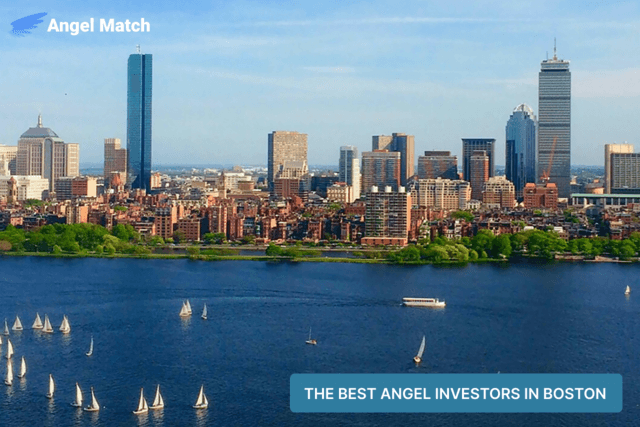 
In Boston, connecting with investors is hard. There are thousands of angel investors and hundreds of startup companies making pitches. To separate yourself from other startup founders, it's important to reach out to the most prolific angel investors. Doing so will help you save time and prevent you from wasting time on the wrong angel investors.

An angel investor is someone who invests their money into startup companies for shares, equity, or convertible debt. Depending on the company and the investor, the type of deal that's made varies. Most angel investors prefer to invest in startups that are in their early funding rounds. So, it's not uncommon to see angel investors invest during the pre-seed and seed rounds of funding.

How Much Do Boston Angel Investors Invest in Startups?

On average, Boston angel investors invest between $25,000 and $250,000 into startups. Ultimately, the amount depends on the industry and the investor. Some industries, like technology, get larger amounts of money because of the potential growth. Additionally, some angel investors have more capital to invest than others.

What are the Famous Startups from Boston?

Several famous startups got their start in Boston. However, startups often move or change states, so some of these startups might not be located in Boston anymore.


These famous Boston startups are listed below.

How Do You Connect with Investors in Boston?

The best way to connect with investors in Boston is to use an investor database. Investor databases like AngelMatch give you access to thousands of angel investors and venture capitalists. AngelMatch also allows you to filter by your state, city, and industry for the most accurate search results.

The 5 Best Angel Investors in Boston


We list the top 5 angel investors in Boston below.

Beacon Angels is one of the longest-lasting angel groups in Boston. It was founded in 2006 and continues to grow in size and capital. Throughout the group's existence angels have made several investments. In total, the group has invested in 7 companies. These companies include GateRocket, Crimson Hexagon, and even Pixability.


Beacon Angels is also one of the most active angel investor groups in Boston. The group meets monthly at the Union Club of Boston, which is where decisions about investments are made. The group is also easy to join and provides educational resources for members of the group and startup founders. It's also worth noting that the Beacon Angels are easy to get in touch with.


When it comes to money, the group invests between $50,000 and $400,000 into early-stage startups. Funding typically comes during the pre-seed and seed rounds of funding. However, the group entered into deals well into the Series A round of funding.

The Boston Harbor Angels is another group of angel investors in Boston. Founded in 2004, the Boston Harbor Angels invest in early-stage startups to help them grow. Investments typically come during the seed round or pre-seed round of funding. Keep in mind that some Series A funding round investments are made; this is true of most large angel groups.


All that said, the Boston Harbor Angels are a special group of angel investors. This is because the group is dedicated to helping entrepreneurs in more than one way. Instead of focusing on investments, which the group will do, the Boston Harbor Angels also focus on education. Therefore, startup founders have the opportunity to learn about what it takes to be successful with professional mentorship.

Converge is a unique group of angel investors made up of industry-leading CEOs. Some of the members have successful technology companies and continue to favor investments in the tech industry. Industries the group invests in include AG tech, climate and sustainability technology, cloud-native developers, and even cyber security.


Converge Partners is also known for making large contributions. The group will invest between $50,000 and $1,000,000 in startup companies (Keep in mind that these are mostly tech startups). Furthermore, the group doesn't always exit early and invests during the pre-seed and seed rounds of funding.


It's also worth noting that Converge Partners has some important members. Some of these well-known members include Michael Gronager, Amir Bousani, and Anshu Agarwal. These individuals all have successful technology startups in industries like mental health, biotech, and robotics.


Over the course of the group's lifespan members have invested a lot of capital. The Hub Angels Investment Group has a portfolio that includes over 50 companies across several industries. Currently, the group has companies like Experian, Copiun, and Red Tail Solutions in their portfolio.


On average, the Hub Angels Investment Group invests a decent amount of capital. Investments range between $10,000 and $250,000. Throughout its existence, the group has made over a dozen successful exits in the tech and online industry.

Launchpad is one of New England's largest angel investor groups. The group has more than 175 members and it has been around since 2001. Since 2001, Launchpad members have invested more than $100 million into startups. Plus, this money was distributed amongst more than 50 companies. So, Launchpad makes many investments and makes them often.


Launchpad is also open about how its members conduct investments. For example, the group invests between $8 to $10 million per year between 30 or 40 rounds of funding. So, the company is known for providing startups with between $50,000 and $500,000 in capital.


Still, what makes this group better than many others is the investment in human capital. This means that angels from Launchpad will mentor startup founders or provide companies with suitable employees to get the job done right. This makes Launchpad one of the best angel investor groups in Boston.

We've taken you through 8 of the best angel investors in Boston. That said, connecting with them isn't always easy. This is where AngelMatch comes into play. AngelMatch provides you with contact information to connect with investors. There are also filter tools to help you find investors in your state or city.