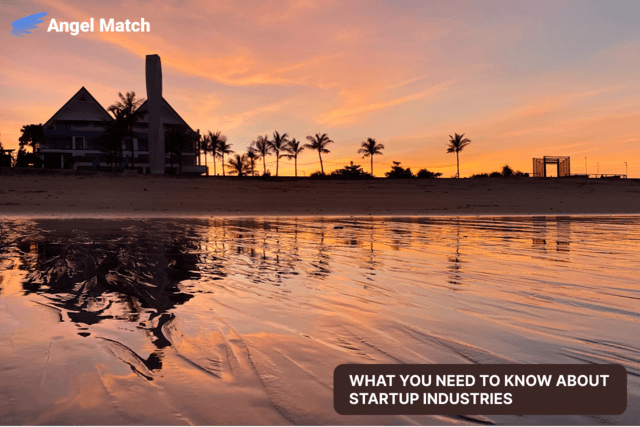 Starting a new business is rarely easy. While it's hard enough to create a business plan or launch a new product, choosing the right industry is even harder. Unfortunately, choosing the wrong startup industry will lead to less revenue, a higher risk of failing, and less growth potential.

What are the Most Common Industries for Startups?

Startups in the Sports Industry


In these industries, some of the leading companies include FanDuel, Darts Dojo, and Caesar's Sports Book. Many new startups in the sports industry are online-based, so website design also ties into the online sports industry.


While the sports industry already has many sports-related startups, there's room for more. The industry is expected to grow by more than 43% from 2022 to 2023. Furthermore, estimates suggest that the sports industry will be worth upwards of $700 billion by 2026.


Startups in the Food Industry

Everyone has to eat, so it's no surprise that the food industry is one of the most popular industries. Many startups that focus on food delivery, meal preparation, and restaurants are profitable almost immediately. Plus, the Covid-19 pandemic boosted the food delivery industry by billions from 2019 to 2022.


Some of the leading startup companies in the food industry include DoorDash, GrubHub, Upside Foods, Good Catch, and hundreds more. These startups typically focus on food preparation or food delivery.


The food industry is also a good choice for new startups. It's an industry that's worth more than $8 trillion worldwide, so it's not just a successful American startup industry. The food industry for startups is also expected to increase in value by another 10% by 2029.


Startups in the Technology Industry


While the technology industry is saturated with many existing startups, there's still room for more. In fact, the 555 billion-dollar is expected to grow by more than 7.5% from 2022 to 2023. Over the next ten years, many experts estimate that the technology startup market will expand by more than 20%.


Startups in the Automation Industry

The automation industry is a unique one. As technology continues to improve, more industries become automated. While automation began as simple things like assembly lines, it has evolved. Today, automation is entering the automotive industry as self-driving cars and it's even transforming the online industries. For example, major websites are having content written by AI learning tools.


As technology continues to evolve the automation industry will continue to grow. Several of the most notable automation startups include Zapier, ActiveCampaign, Vecna Robots, and Intercom. While some of these firms control large portions of the market, there's still room for expansion.


There's room for expansion within the automation industry because it's expected to grow by almost 10% between 2022 and 2029. In 2022, the industry is valued at just over $200 billion but experts believe the industry will be worth just under $400 billion in 2029.


Startups in the Entertainment Industry

The entertainment industry continues to grow each day. With new apps and technology, it's easier for people to entertain others. Plus, millions of people sit behind screens for dozens of hours per week. This gives the entertainment industry plenty of ways to grow and innovate for consumers. For example, consider how the smartphone changed the way that people entertain themselves. Whereas the television format used to be popular, now more people get entertainment in short bursts on apps like TikTok.

The pet industry is a unique one. It's an industry where animals and pets come first with products like food, toys, and grooming equipment. Some biotech companies also operate in the pet industry to create safer products and medications for pets. There is also some overlap with the technology industry as people come up with more ways to care for animals.


Pet startups are hard to notice when you're not looking for them. Some popular pet industry startups include The Farmer's Dog, Rover, Heypet, and Tractive. There are also biotech companies like Zomedica that come up with innovative treatments for pets. In some cases, pet insurance is also classified as the pet industry for startups.


While the pet industry is a wholesome one, it's also a big one. The pet industry is also doing well. In 2017 sales were just under $70 million but after 2020 sales reached more than $100 million. Overall, the pet industry is growing by around $10 million in sales each year. As the industry continues to get larger, sales will increase. So, now is a great time to connect with investors to create a pet-related startup company.


Startups in the Construction Industry


Some of the most notable startups in the construction industry include PlanGrid, Dusty Robotics, Fieldwire, and Built Robotics. Most of these companies focus on creating robots for job sites that replace the manual labor that construction workers need to do. Furthermore, these companies focus on making jobs safer with safety gear. Gear includes better helmets, tighter wires and lines, and better vehicles.


Startups in the Automotive Industry


While manufacturing vehicles and creating software for vehicles is important, the automotive startup industry has begun to shift. For example, many startups in this industry focus on buying and selling vehicles. Examples of these startups include Carvana and Tesla. Still, there are also automotive startup companies like WM Motors and Ola Electric Mobility that focus on creating new vehicles.


Within the technology industry, several sub-industries expand it further. With more than $555 billion in revenue, there's plenty of room for new startups to corner new parts of the market.

The fastest-growing startup industries are e-commerce, education technology, and entertainment. These industries are among the fastest growing because the internet has transformed the way people interact with one another. It's now possible for people to learn online, shop online, and entertain others online. For these reasons, many startups that focus on the online market are the fastest-growing.