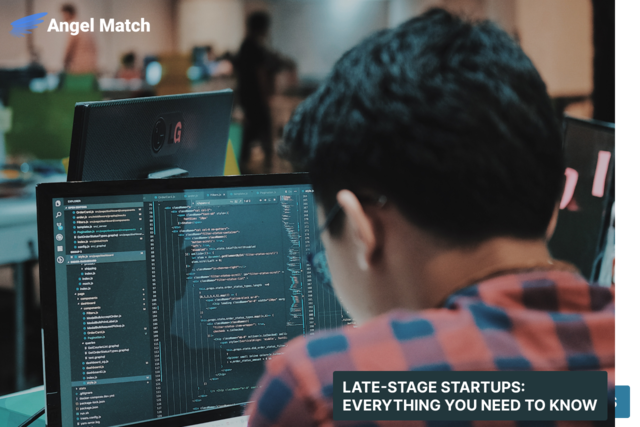 Startup companies go through a startup life-cycle. There are early stages, middle stages, and even late-stages or exit strategies. Depending on where your startup is during this cycle, the needs of a startup change. For example, venture capital becomes more of a priority than the smaller capital that most angel investors provide.

Late-stage startups also connect with investors differently because the company is established. There are business plans in place, successful money-making methods, and more. Overall, late-stage startups focus on performance instead of the exponential growth that happens during the earlier stages.

What is a Late-Stage Startup?

A late-stage startup is a startup company that's successful past the growth stages. In many cases, late-stage startups have products on the market and they become well-known. Late-stage startups are also financially stable and many of these companies have a positive flow of money. Startups in the late stage are still looking to expand but not as rapidly as startups within the early stages.

Another thing to note about late-stage startups is the exit strategy. For some founders, the goal is to sell the company for a profit or make a return on their investment. Late-stage startups will also become IPOs in some cases.

How Long Does it Take for Startups to Become Late-Stage Startups?

What Challenges do Late-Stage Startups Face?

There are several challenges that late-stage startups face. While surviving the startup life-cycle becomes easier in the later stages, that doesn't mean all of the challenges are gone. In fact, there are some new challenges that startup founders face during the late stages. One example is the exit strategy. Founders who create companies to sell need to determine the best time to sell.

Another challenge is raising more capital. The Series A and Series B rounds of funding are not easy because the capital is larger. When venture capitalists are investing millions, the stakes become higher.

What are Some Examples of Late-Stage Startups?

To better understand late-stage startups, it helps to look at a few examples. Below we list a few examples of companies that are in the late startup stages. Plus, some of these companies may be close to an IPO offering.

Many late-stage startup companies are big-name brands that many people know because only the best startups survive for this long.

What are the Other Startup Stages?

Late-stage startups are in the final stages of the startup life-cycle but there are several stages that occur before the late stages. Each stage has unique challenges, goals, and even success rates. We'll take you through the three most common startup stages below.

In the early stages the success of a startup is measured in growth potential. Because the company doesn't turn a profit yet, it's about looking at how much money a startup will make five to ten years down the line. It's for this reason that angel investors are the most common investors for early-stage startups.

Growth-stage startups are at the point where it's time to rapidly expand. During the growth stage, many startup companies hire new staff, develop new products, and raise capital to expand into different markets. Growth-stage startups require seed funding and sometimes even Series A or Series B funding. During the growth stage venture capitalists are more likely to invest than angel investors.

Matured startups are startups that are in the final part of their life-cycle. The maturity stage occurs after the late stages when a company becomes self-sufficient. Mature startups have profit margins, regular customers, and a well-established market presence. Ultimately, the sales prove that the business plan works and that the company is successful. Mature startups will also be IPOs in some cases.

The goal of a mature startup is to continue with brand recognition and product development. Ultimately, running the startup becomes more about being a successful company instead of launching a successful idea.

Keep in mind that these startup stages are not cookie-cutter. Therefore, some startups will fall into different categories or move through them differently.

What are the Types of Funding for Startups?

Depending on the startup, one or more of these funding types will be required.

What's the Best Way to Connect with Investors?

Connecting with investors has never been easy. Many investors are busy people who already have a lot of capital invested. Furthermore, many prolific investors are receiving hundreds or thousands of pitches per day. So, to connect with investors you need a strategy to reach as many people as possible.

Luckily, this is where AngelMatch comes into play. AngelMatch helps startup founders connect with more 90,000 investors. All information from the investor database is secure and you can move it into Google Sheets or Excel. Ultimately, AngelMatch makes it easy to connect with investors and create investor email lists.