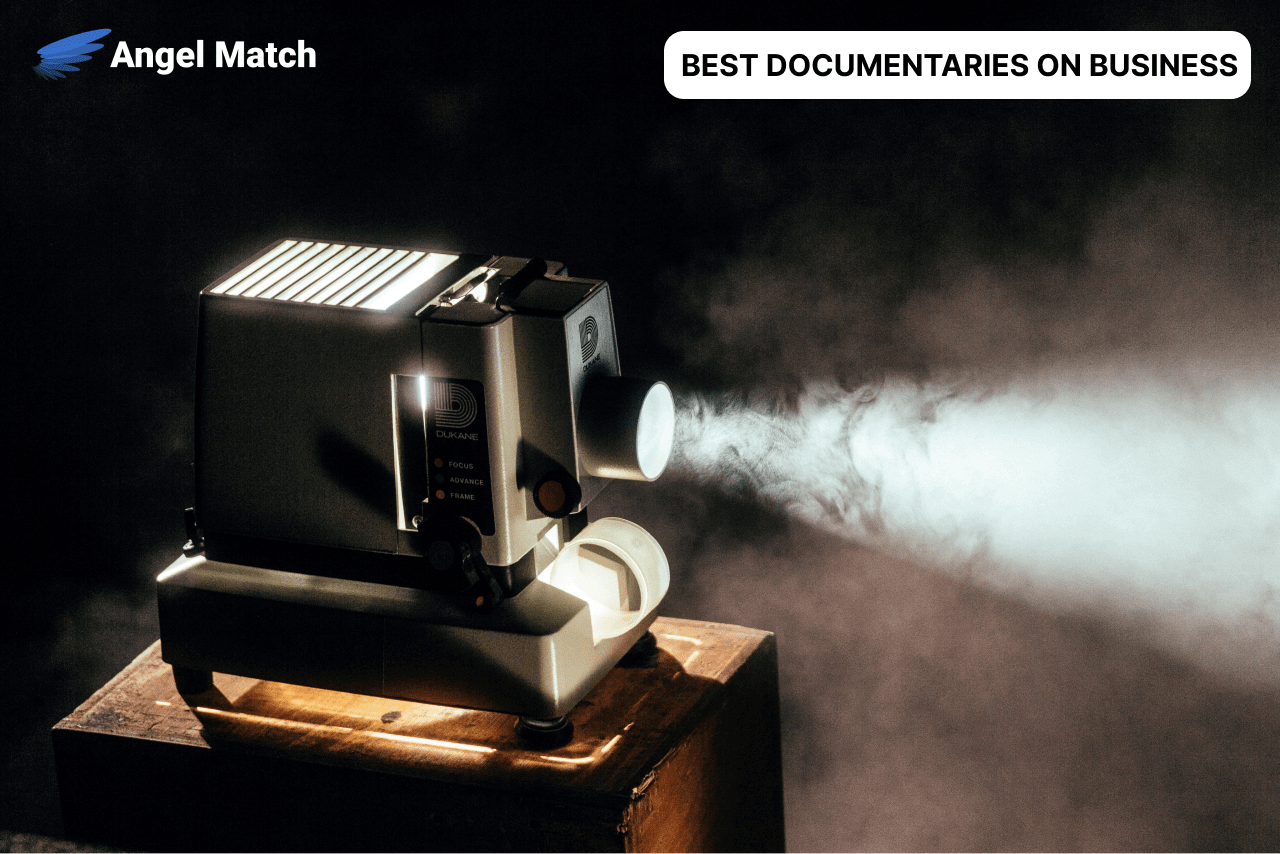 Documentaries follow the personal stories of people, businesses, countries, and cultures. What makes documentaries unique is that they're works of nonfiction. Therefore, documentaries provide viewers with facts and records of events. Movies and other types of media stretch the truth but documentaries avoid it.


The documentary follows how Buffett began his life as an ordinary kid with an obsession surrounding numbers. From there, he goes on to found Berkshire Hathaway, which is one of the largest hedge funds in the world. What's more, the documentary shows how Buffett lives his life today. It explores his inexpensive home, old vehicles, and other frugal spending habits.


To this day Becoming Warren Buffett is one of the best business documentaries around. It has an IMDb rating of 7.5 and most audiences score the film well.


That said, Generation Startup is one of the best documentaries about business because of its story. Not only does it show the success of the graduates but it follows their failures. Therefore, viewers get a first-hand look into the struggle and self-doubt that many startups founders struggle with.


Generation Startup is one of the best documentaries about business based on its ratings. The documentary even received praise from entrepreneurs for its authenticity. These entrepreneurs who praised it are Daymond John and Arianna Huffington. It also has an IMDb score of 6.2 and 95% of Google users enjoy the documentary.

While many documentaries on business celebrate startup companies, Betting on Zero does the opposite. Instead, Betting on Zero follows the story of Bill Ackman, Herbalife distributors, and Michael O. Johnson (CEO of Herbalife). The documentary shows the more controversial side of startups and how hustle culture clouds the minds of young talent.


Betting on Zero also follows a scandal surrounding multi-level marketing companies (MLMs). MLMs are similar to pyramid schemes and are often compared to them. People draw this comparison because of the shady business practices of companies like Herbalife, and Amway. However, this documentary focuses on the shady business practices of Herbalife and its CEO Michael O. Johnson.


Betting on Zero was released many years ago but it still holds valuable information for entrepreneurs. It teaches lessons about honesty and integrity and offers guidance. Betting on Zero has an IMDb score of 7.2 and maintains a 100% on rotten tomatoes.

Freakonomics is one of the most well-known economics documentaries of all time. The documentary was originally adapted from the book Freakonomics, which was written by Stephen Dubner and Stephen Levitt. This documentary explores the everyday habits that cause companies to market the way they do. It also teaches people about human behavior and how it changes based on economics.


What makes Freakonomics unique is that it's not a dry documentary. Many documentaries are dry and don't incorporate much humor because of their serious tone. While Freakonomics is also serious and covers the facts about economics, it's also conical and written in a way that gets you to laugh.

Directed by Mini O'Connor and Sarah Fanthorpe, Steve Jobs: One Last Thing is an inspirational documentary about startups. The documentary follows the life of billionaire Steve Jobs. Steve Jobs co-founded Apple, which became one of the largest companies in the world. In fact, more than 50% of Americans own at least one apple product.


Steve Jobs: One Last Thing is also a deep documentary. While it covers the life of a successful man it also shows the sacrifice that was required to achieve Job's level of success. Furthermore, it shows how Jobs was not always the most ethical business man and how some of Apple's practices are unethical. For an educational and inspection startup documentary, you won't go wrong with Steve Jobs: One Last Thing.


Steve Jobs: One Last Thing is also highly-rated. It maintains an IMDb score of 6.7. Also, more than 80% of Google users enjoy the film.

Enron: The Smartest Guys in the Room follows the story of Enron, which was one of the largest companies in the world. However, Enron has a handful of problems. Problems that led to illegal bookkeeping, hiding failed deals and debt from investors, and more. While it follows the brilliant founders of Enron, a Texas-based natural gas company, it's also a manual of what not to do.


The story of Enron is also a sad one. While the creators achieved success and helped the company become the 7th largest in the United States, things began to take turns for the worst. In fact, the founders even looked at the retirement accounts of employees to keep the company afloat. Ultimately, it was a solid company for many years but eventually it went the wrong direction.


Enron: The Smartest Guys in the Room is also one of the most well-known business documentaries. It achieves this title because it has a Tomato score of 96% and an IMDb score of 7.6. Unlike other documentaries it also made a splash at the box office and made over $5 million. It also won several awards including an academy award.


What are the other Types of Media About Startups?

There are also other types of media about startups. These types of media vary in quality and mode of expression but they're all great for aspiring entrepreneurs. We always recommend immersing yourself in the world of startups before starting one.


Below are the other types of media about startups.

Movies about startups are similar to documentaries. The main difference is that movies have more creative freedom. Therefore, movies don't need to be factually accurate and will focus more on a good story. For inspiration and motivation, movies are often the best choice.

These are only some of the movies about startups.

Podcasts about startups are excellent for education and relatability. What makes podcasts special is that it's a type of long-form content between a host and guests. Some podcasts run for three hours, while others end after thirty minutes.


Below we list a handful of the best podcasts about startups.

These podcasts are some of the best and there are even some niche podcasts for you to listen to.

Reading is one of the most rewarding things you can do. Not only does reading sharpen the mind but it also helps you learn. Reading books about startups is a great way to learn more about business in your free time.


Below are several of the best books about startups.

Every book has a unique theme, lesson, and plot, so make sure you read more than one to make the most out of reading.


Does Media About Startups Help Entrepreneurs?